While the proposed rule was intended to favor sharing rebates directly with patients at the point of sale (also known as “passing through rebates,” or “point of sale (POS) rebates”), industry leaders expressed concerns over the tangible impact the policy change would actually have. Many have pointed out that the loss of revenue from rebates would result in plans either reducing benefits or increasing premiums for all, therefore, while it could benefit those patients using brand medications that offer rebates, it could negatively impact members overall.

The proposed rule was withdrawn by the White House in July this year, and—for now—drug rebates remain unchanged.

Now that the legislation has been withdrawn, there are no required next steps and the White House has not provided any details regarding reintroduction of this concept. Payers interested in sharing rebates with patients at the point of sale should evaluate PBMs like EnvisionRx, with this operational capability. As a proponent and provider of the pass-through model for nearly 20 years, EnvisionRx is supportive of efforts to ensure payers receive earned rebates and discounts, and are afforded the option to share rebate value with patients at the point of sale.

In late July, the Senate Finance Committee released its bipartisan bill to lower prescription drug costs for Medicare and Medicaid. The bill, “Prescription Drug Pricing Reduction Act of 2019,” provides a variety of new policies that range from offering providers financial incentives for the use of biosimilars to limiting add-on payments for physician-administered drugs. This Perspective on Rx Policy Change focuses on several key aspects of the proposed legislation, including a limit on the maximum annual out-of-pocket costs for Medicare beneficiaries, a penalty for pharmaceutical companies if the price of their drugs rise faster than the rate of inflation, and the elimination of spread pricing in Medicaid. The Congressional Budget Office estimates the bill will save U.S. taxpayers $85 billion over a 10-year period. It’s also estimated to save beneficiaries $27 billion in out-of-pocket costs.

Annual Limit on Costs for Medicare Beneficiaries: This bill proposes an annual out-of-pocket maximum of $3,100 for Medicare beneficiaries and reduced cost sharing. Under this bill, Medicare Part D plans would take on more of the drug spending in the catastrophic phase, whereas the federal government currently bears most of the burden. Plans’ spending would eventually rise to 60%, as the government and manufacturers would each be responsible for 20%. This would eliminate the gap phase and members would pay nothing in the catastrophic phase.

Manufacturer discounts for applicable drugs will apply to all members including Low Income Subsidy (LIS) and, for non-applicable drugs, plans will pay 60% and the government will pay 40%. Committee leaders believe this will encourage better negotiations between plans and manufacturers and result in lower drug costs, premiums and out-of-pocket expenses for patients.

Manufacturer Penalties for Hyperinflation: Although the Committee passed the plan, it was not without debate. The bill calls for a cap on drug pricing. Under this provision, drug manufacturers would not be able to raise prices above the rate of inflation. The ‘anchor’ price for any given medication (the price for which inflation and price increases would be measured against) would be based on the price of the drug as of July 1, 2019, or for newly approved drugs, upon first market date. If the manufacturer raises the price higher than inflation, it would be required to pay back the difference to the government in the form of a rebate. Even with several opposing opinions, this one aspect of the bill would drive the lion’s share of the proposed savings for the government.

Plan and PBM Disclosure of Drug Prices: The bill also calls for public disclosure of drug discounts and other provisions from PBMs. Under this provision, the U.S. Department of Health & Human Services (HHS) would publish on its website the aggregate amount of the difference between what an insurer pays a PBM and what a PBM pays pharmacies. Additionally, Part D insurers would need to conduct financial audits every two years on data related to their PBM contracts. Part D insurers would also have to report to pharmacies any post point-of-sale price concessions or incentive payments for covered Part D drugs, including any made by the PBM. Finally, Part D insurers would also have to report actual and projected direct and indirect remuneration amounts in their bids for Part D coverage.

Elimination of Spread Pricing in Medicaid: Finally, the bill would make a spread pricing arrangement between a PBM and Medicaid managed care organization (MCO) a thing of the past. Spread pricing is a fairly common current practice in states where private PBMs are used to manage state Medicaid prescription benefits. In the spread pricing model, PBMs keep the difference between what health plans pay them for prescription drugs and what the PBM reimburses the pharmacy. Under current law, PBMs are required to report Medicaid spread pricing data to CMS, but CMS is prevented from sharing specific details with the public. In this bill, only pass-through pricing would be allowed between PBMs and MCOs. There was also discussion among the Committee of bringing back the point-of-sale drug rebate reform previously withdrawn by the White House.

Annual Limit on Costs for Medicare Beneficiaries: If the maximum out-of-pocket is set for Medicare members at $3,100, medications should be more affordable for patients. And if plans are assuming more liability to cover the catastrophic phase, they may likely raise premiums or reduce benefits in the future. Administration of varying individual deductibles is something EnvisionRx already does for many clients.

Manufacturer Penalties for Hyperinflation: While PBM negotiations and utilization management programs play a significant role in protecting plans and patients from hyperinflation, the implementation of laws that provide penalties for such would provide needed support. With regards to the public disclosure of drug discounts, as a PBM with a pass-through model option, EnvisionRx does not retain drug discounts but shares these with our government-sponsored clients, making us already compliant with this proposed legislation. Part D plans will have to include both actual and projected Direct and Indirect Remuneration (DIR) in the bids. This is just to ensure reasonable projections.

Elimination of Spread Pricing in Medicaid: The majority of EnvisionRx commercial clients already use pass-through pricing and many share rebates with patients at the point of sale. This is another area where we are already operationally prepared for such a change.

Next Steps: The bill will now move to the full Senate floor for a vote.

In late July this year, the U.S. Department of Health and Human Services (HHS) and the U.S. Food and Drug Administration (FDA) announced a plan to allow certain drugs to be imported from Canada and other foreign countries as a means of lowering drug costs. The proposal offers two pathways to accomplish this: 1) states would submit a plan to the federal government outlining how it would ensure the safe importation of drugs from Canada, and 2) manufacturers could import versions of FDA-approved drugs that they sell in other countries that are the same as the U.S. versions.

Pathway One: Importation of Drugs from Canada

In this pathway, states, wholesalers or pharmacists can submit plans for demonstration projects to HHS to review. The plan must outline how it would import drugs from Canada that are versions of FDA-approved drugs that are manufactured consistent with the FDA approval process. The plan must also detail the actions taken to ensure that the drug is what it is supposed to be, include clear labeling that the drug was originally intended for Canada, and that it will save Americans money.

Drugs eligible for importation must be authorized for sale in Canada and versions of FDA-approved prescription drugs. However, there will be certain classes of drugs that will be ineligible and those include: controlled substances, biological products, infused drugs, intravenously injected drugs, drugs inhaled during surgery, any parenteral drugs and any drug with a Risk Evaluation and Mitigation Strategy (REMS).

Pathway Two: Manufacturers Import Their Own Drugs from Foreign Countries

While the foundational pieces of the policy have been defined, the outcome of demonstration projects could alter the final policy and ruling. The policy alone could increase pricing pressure in the U.S. We may even see diluted savings simply because of the added measures to ensure savings and safety. It could also result in pricing pressures in the U.S. that may even eliminate the need in some cases to buy foreign supply.

Since these drugs would not technically be FDA-approved drugs, rebates may change. Typically, rebates are only applied to FDA-approved drugs. If the manufacturer feels they are providing the drug at a discount elsewhere in the procurement process or supply chain, they may not offer rebates. Whether this loss of rebates helps or hurts drug costs is yet to be seen. The key is clinical safety and efficacy assurances for any drugs, especially in the case of importing from a foreign source.

Additionally, since these drugs would have an NDC, they could be adjudicated as other normal claims. However, they would have to be
treated differently versus non-FDA-approved drugs that would be blocked. Nonetheless, EnvisionRx can manage a NDC program if this should occur.

While there are many ways this can be implemented, at the core is the necessity for nimble and flexible technology systems to adjust to the restrictions and requirements. A highly integrated part of the same national, pharmacy benefits and services company, LakerSoftware, enables us to quickly adapt to market changes as necessary.

EnvisionRxOptions brings together leaders from across our national pharmacy care company to monitor policy changes and ensure our clients and patients are prepared in advance. Our advisory panel includes a variety of compliance, clinical, legal and operational experts with diverse experiences that include the interpretation and application of law and regulation as it applies to healthcare and pharmacy benefits and services. Our depth and breadth of knowledge allows us to provide a balanced perspective on all of the options available, as well as the impact to our plan sponsors, their members and the overall patient experience. Ask the experts.

No Call Letter + COVID-19 = Confusion for Medicare Contract Year 2021: Clarifying What You Need to ...
In the past, the Centers for Medicare and Medicaid Services’ (CMS’) process was to provide the proposed guidance and ... 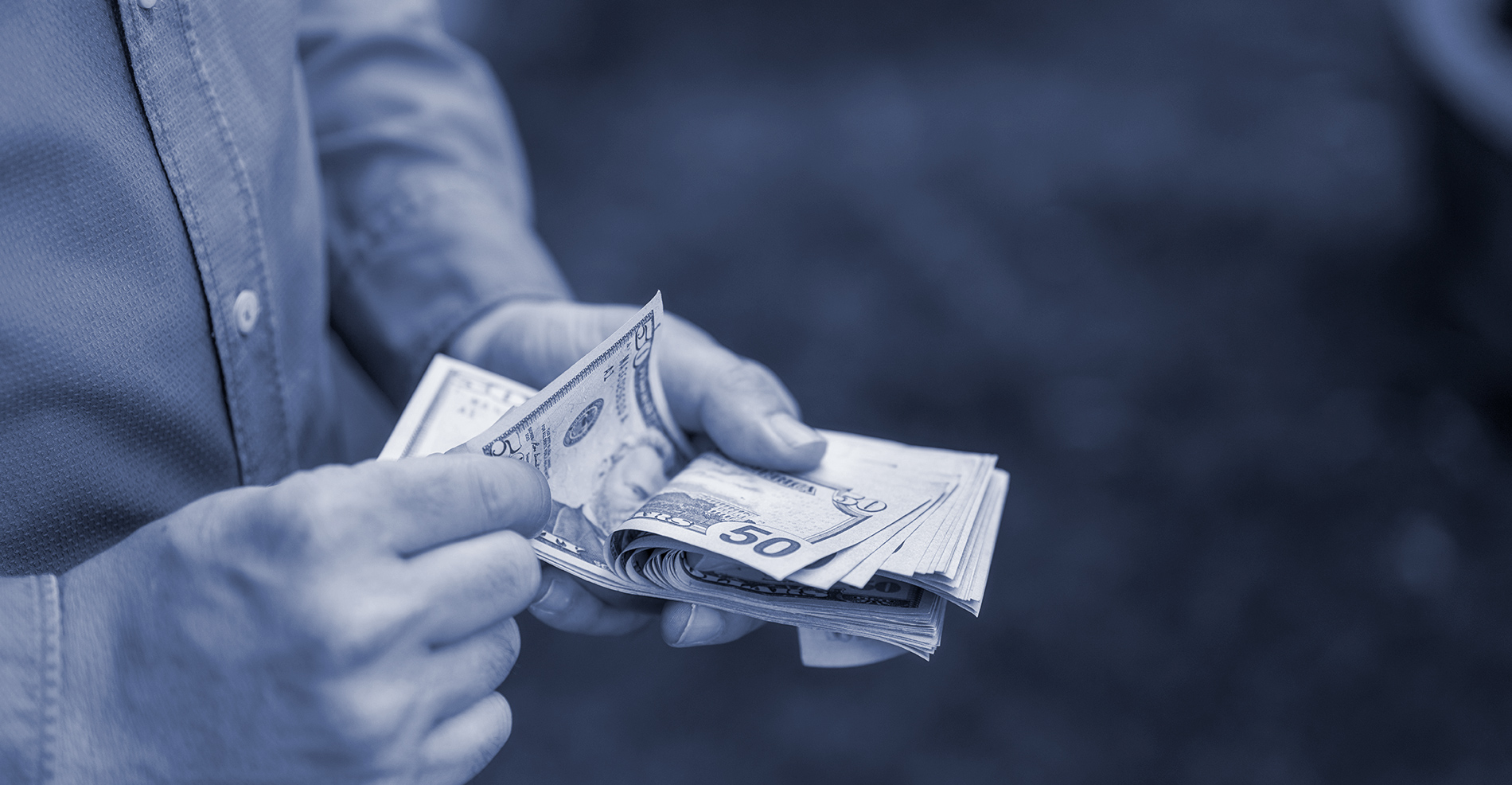 EnvisionRx has Policies and Processes in Place to Ensure Continued Access to Medications During ...
As the number of COVID-19, or coronavirus, cases continues to rise in the United States, EnvisionRx is actively monitoring ...
© 2022 EnvisionRx All rights reserved | Terms & Conditions | Privacy Policy